Meet The Best Wine By Package

2014 SOLO Cabernet Sauvignon from the United States bagged the best wine by package along with three other medals.

Silverado Vineyard’s 2014 SOLO Cabernet Sauvignon from United States (Napa, CA) won the “Best Wine By Package” along with a Gold medal, “Best in Show by Country,” and “Best in Show by Varietal” at the London Wine Competition held on July 8, 2020. 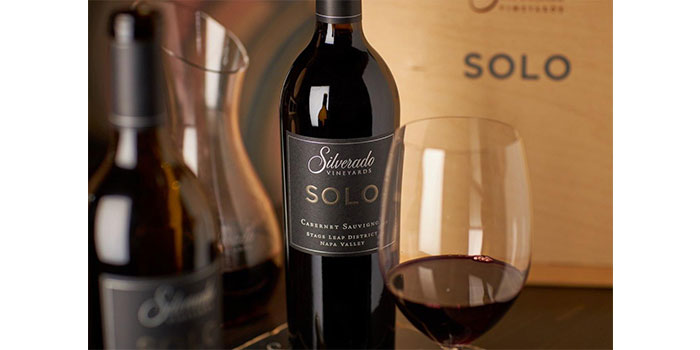 In 2014, a series of warm days & cool nights pushed Napa Valley’s vintners across the annual harvest finish line by the third week of October. In spite of the drought, the 2014 harvest resulted in a fairly abundant and very high-quality crop.

Aged for 19 months in oak barrels, 2014 SOLO Cabernet Sauvignon is a bold Cab that has aromas of dark fruit with hints of cinnamon, nutmeg, and cassis. Intense fruit, dark chocolate, toasty oak & spice lead to a velvety, long finish with refined tannins.