The very first vine that was planted in the steep slate slope Wuertzberg in Serrig, Germany to enter London Wine Competition

In 1898, the first vine was planted in the steep slate slope Würtzberg in Serrig, Germany. Clemens Baron von Schorlemer zu Lieser, a Prussian Secretary of Agriculture, expanded the winery and began building the necessary facilities. Today, the winery together with its vineyards, residential house, courtyard and the arched, two-story cellar comprising a double-rowed wagon vault are listed as a state historic site under the name “Denkmalzone Würtzberg”. 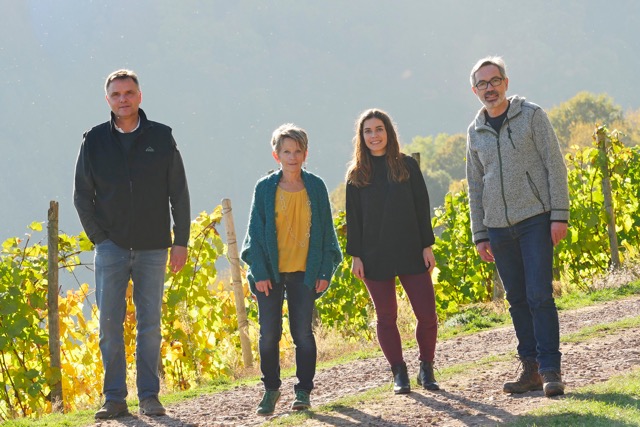 In the summer of 2016, Dorothee Heimes and Ludger Neuwinger-Heimes together with their children Annalena, Mats, and Felix took over the winery from Dr. Jochen Siemens. For legal reasons, a change of name was necessary with the change of ownership. They decided to return to the traditional “Würtzberg” name – the name under which the winery was founded in the 18th century. The cellar master is Franz Lenz, who is very familiar with the particularities and secrets of the Würtzberg. He will pass on his tremendous knowledge and breadth of experience in the production of great wines to Felix. Felix will soon complete his studies of enology and viticultural engineering in Geisenheim, and then fully devote himself to cultivating and carefully developing the tradition of the vineyards and the winery as a whole.

The winery, which sits high above the Saar River, possesses two steep slate vineyards – the Serriger Herrenberg and Serriger Würtzberg. They currently cultivate 14 hectares, 9 of which are Riesling, 3 Pinot Blanc, 1 Pinot Noir and 1 Auxerrois. In the near future, they will plant approx. 2 hectares Riesling and 0.5 hectares Auxerrois.

Many vines are older than 50 years and some parcels are on own rootstock – a rarity in Germany. Most of their vineyards are very steep. The Würtzberg and the Herrenberg have a slope of up to 60% and an altitude difference of almost 200 m.

The production of great wines from the steep slopes of the Saar requires utmost dedication and absolute passion. To achieve their goal of producing great Saar wines with terroir-characteristic, their wines are produced from selected vineyards through a great deal of manual labor. The results are concentrated, but light and elegant wines.

To highlight the different terroir-characteristics, they started to produce two Riesling that perfectly accentuate both their vineyards: (1) Herrenberg and (2) Würtzberg. The “Blauschiefer” Riesling originates from the Herrenberg whereas the “Rotschiefer” Riesling is produced from grapes grown in the Würtzberg. The names find its origin in the kind of soil and rocks, in which the vines grow. Herrenberg’s soil consists dominantly of blue slate rocks, which creates elegant Rieslings with high minerality. “Blauschiefer” is the German word for the blue slate.

Accordingly, they named the Riesling “Blauschiefer”. The Würtzberg with its higher proportion of humus layer, blended quartzite, but especially red slate rocks (50%), produces even more powerful and indeed spicier wines than the Herrenberg. Because the Würtzberg has a high amount of red slate, they named one of their many wines that are produced out of the Würtzberg “Rotschiefer” (= is the German word for red slate).

Needless to say, they produce other great wines from the Würtzberg and the Herrenberg such as the Scivaro Riesling or the Alte Reben.