Masters of Wine, sommeliers and top retailer and restaurant wine buyers choose the best wines in the world based on quality, value for money, and what they look like.

The results of the 2021 London Wine Competition reward some of the best wines in the world, as well as show the enormous diversity there is now in the style of wines being made, from a much larger number of countries.

In all there were wines from 36 countries to judge, with the most entries coming from, in order, Australia (207), Italy (140), Spain (131), France, Portugal, United States and Moldova, which also saw the biggest increase in wines from one country. There were entries from 13 countries for the first time including: Hungary; Belgium; Cyprus; Turkey; Germany; Lebanon; Sweden; Croatia; India; Israel; Trinidad and Tobago; Serbia; and Slovenia.

In total there was a near 20% increase in the number of entries to the competition.

Wines from 135 different varietals were entered, from which there is Super Six, making up most of the entries that include: Shiraz; Cabernet Sauvignon; Chardonnay; Merlot; Tempranillo; and Sauvignon Blanc. Wines made from Cabernet Sauvignon made up the most number of Gold medals.

Sid Patel, founder of the London Wine Competition, and chief executive of the Beverage Trade Network that runs the event, said: “We are delighted to see how far the London Wine Competition has come in the last 12 months, particularly considering the difficult conditions we have all been faced with, which also meant judging and hosting the event was more complicated than normal.

“But thankfully the wine itself is not disturbed by the pandemic and it has been great to see the quality, diversity and level of wine being entered from all over the world. Our thanks, go to all the producers that entered, but, in particular, to the hard work and professionalism of our judges whose calibre and expertise are so important in the overall success of the London Wine Competition.”

The London Wine Competition raised the bar even higher with the judges selected to take part. The overall panel this year included 15 Masters of Wine and Master Sommeliers, all of who had to have direct wine buying responsibility in their current roles. Each panel had to include at least one MW or MS judge and a female judge.

Winning a medal in the London Wine Competition means as a winery, producer or winemaker, you know you are making wines that are in tune with what wine drinkers are looking for. A competition that puts every wine through three different stages of judges with separate scores for: a blind tasting to assess its quality; a value for money score based on the retail price; and a packaging and design score based on what it looks and feels like.

This is the same criteria that professional wine buyers use to determine which wines go on their own lists in their restaurants, bars or supermarket and retail shelves. It is also how average wine drinkers and consumers decide which wines they buy when shopping in a supermarket, specialist merchant or in a local bar or restaurant. 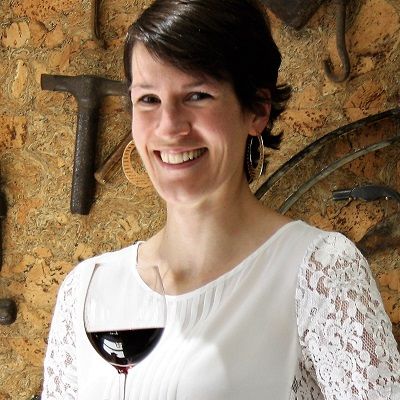 That’s the big difference about the London Wine Competition added judge, Barbara Drew MW, events manager at Berry Bros & Rudd: “The inclusion of packaging and design in the assessment sets this competition apart. I think the wine trade places too much emphasis on rating wines entirely ‘blind’. The truth is, few, if any consumers drink wine blind – the bottle, and the label are the first thing consumers see. What’s in the bottle is undoubtedly vital, but what’s on the bottle matters too.”

Here are the top winners of the 2021 London Wine Competition.

These wines won the Best wines by the country award:

These are the awards for the Best wines by varietal: